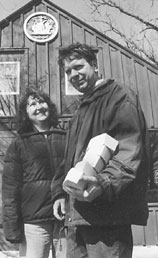 Our family has been producing these durable, enjoyable, collectible bath toys for over 35 years. Our boats are toys first and foremost, but since the beginning, we’ve built each boat with an eye toward durability. Consequently, we hear over and over again—to our delight—that one of our boats has done yeoman duty for years as a toy companion and has since been elevated to the status of beloved family keepsake.

Mary and I first met in El Paso , Texas at a conference for VISTA volunteers. Mary is from upstate New York while I was raised in San Francisco. Mary was already a Registered Nurse and I called myself a photographer. We were married in New York a while later and as newlyweds attended the Woodstock Music and Art Festival. I sold some photos to LIFE magazine and lesser known publications. We moved to California, now with two baby boys, Wyatt and Virgil, in tow. I went on to serve as Minnesota’s first field director for Friends Of The Earth. Mary continued in her field, eventually putting in 20 years as a nurse at the Veterans Hospital in Minneapolis.

Back in San Francisco, I worked at the Post Office, and was thrilled to have a story I sent in included in the Whole Earth Catalog. It was awarded a National Book Award, notwithstanding my contribution. In 1971, I made a bath boat as a project with my two year old son, Wyatt. Mary and I made a few more and offered them on the street and in Golden Gate Park. We moved to a farmstead in Minnesota in 1974 and have made untold thousands of the Worlds Greatest Bath Boats ever since. 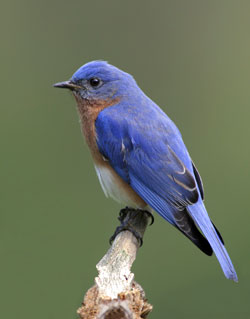 In addition to making Bathboats, in recent years we have put out nest boxes and planted native shrubs and such that we have ‘raised’ about 1000 Bluebirds here on this old farmstead. We recommend that everyone replicate this to help whatever wildlife is in your vicinity. Learn more about creating habitats at nwf.org

We now devote ourselves to the Worlds Greatest Bath Boats full-time. Mary is in charge of sails and I am in charge of sales. People ask how long these boats last. We tell them we can guarantee them 30 years…that’s how long we’ve been making them and the first ones are still floating!

“Happy Sailing” from both of us,
Dana & Mary